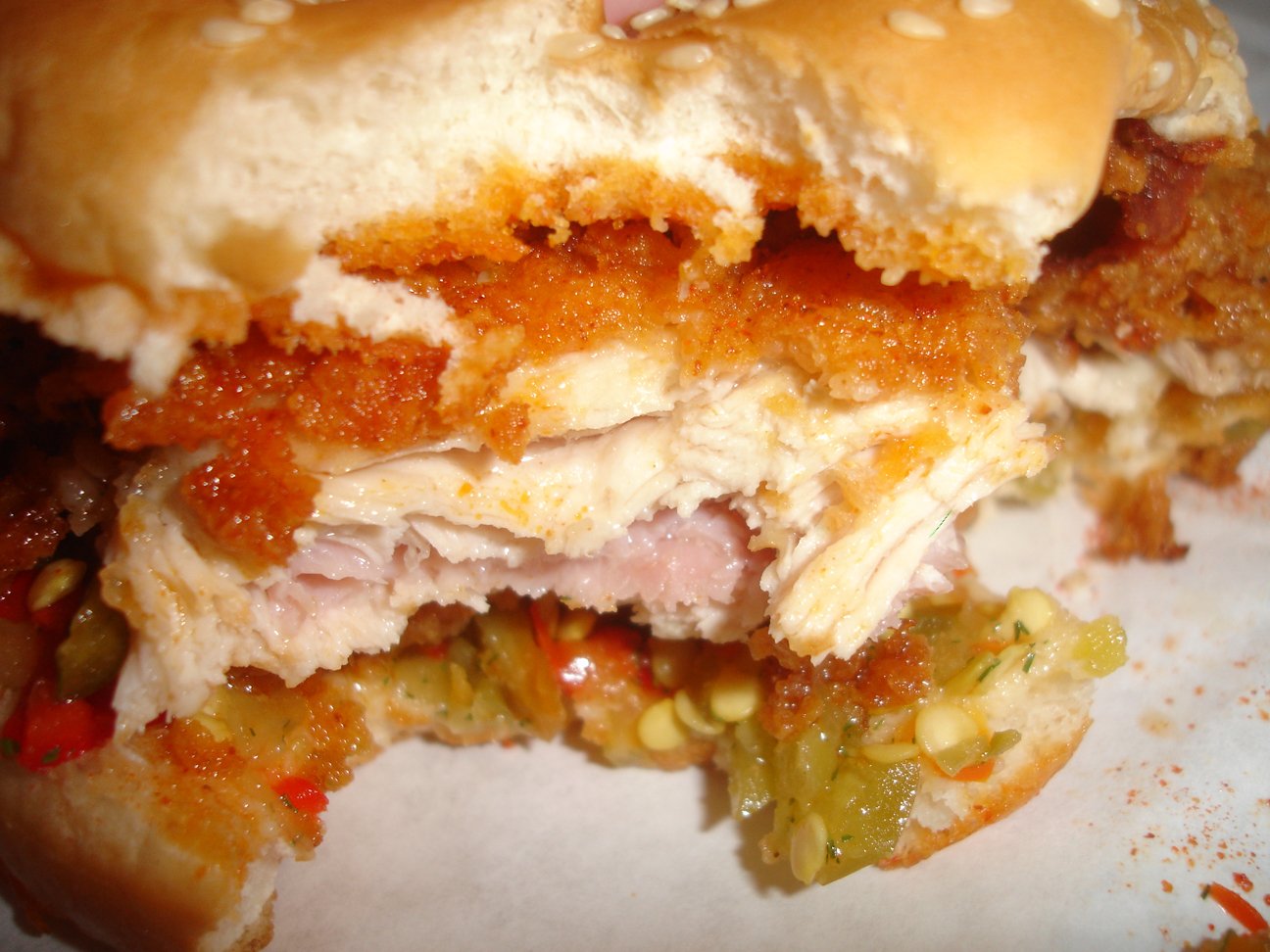 I just got home from a surprise visit to Detroit for my dad’s birthday. I came in at about 1:30am which was 4:30am Michigan time. I was beat. I woke up today at about 8:45 and started my day. I was excited for lunch to come around as I love about 50 paces away from the new Green Castle food pod on NE 20th and Everett. I had a thought that I’d start at the front most food cart this week and make my way around the perimeter. I gotta tell ya, after having Cackalack’s Hot Chicken Shack’s food, I might not make it past this one ever.

The couple that owns the cart just moved here to Portland back in November. Super nice people. They apparently love this state a TON as the guy had a I <3 Oregon tattoo on his right forearm. Awesome!

Today’s special was the Chicken Cordon Bleu with their signature spicy sauce. 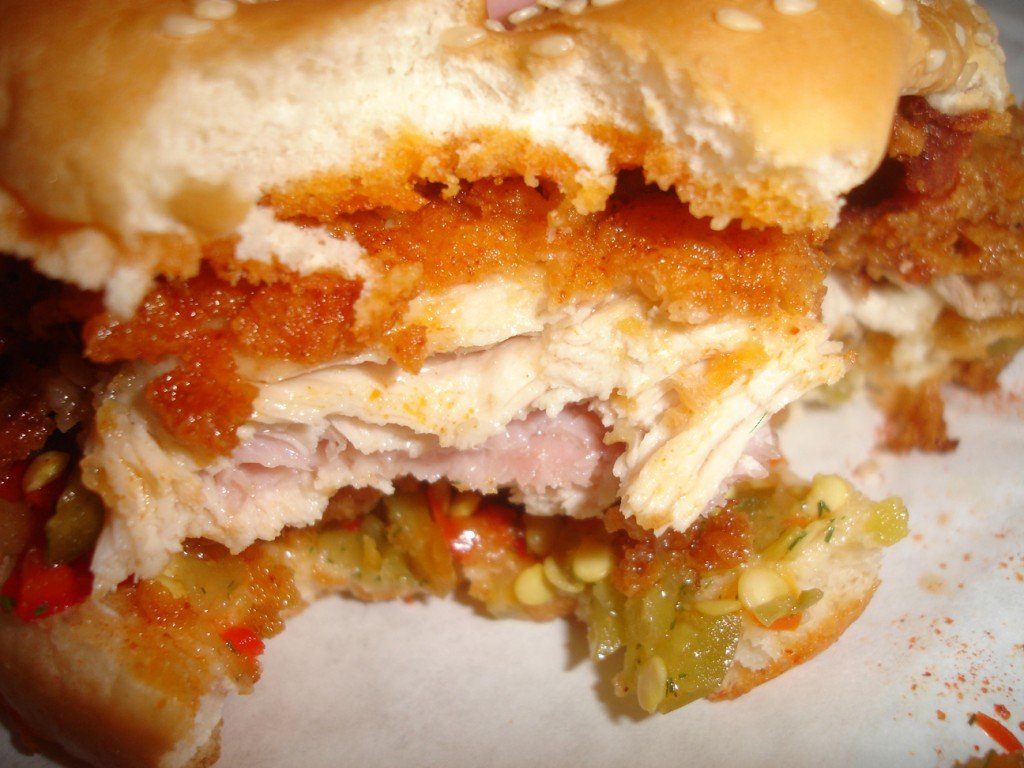 I gotta tell ya, aside from forgetting to give me my sauce on the side, this thing left me with a figurative and literal taste in my mouth for good chicken. The heat was just right to cause me pain…but only the kind of pain that is associated with regret as I plowed through the sandwich in about 2 minutes. The flavor of the chicken as well as the moisture was just right and the bun had enough juice from the sauce soaked in, that the bits and pieces left on the paper when I was done were a nice little treat to gobble up at the end. The ham and cheese really played second fiddle to the chicken, which in my opinion defeats the purpose of what a Chicken Cordon Bleu is meant to do, but there were so many other flavors happening, I didn’t really mind. The frying batter they use rivals the Frying Scotsman as it really is its own component to the sandwich. I give this sandwich 8/10 finger-lickin’s…(Hey Voodoo Lily…how about that as a rating system eh?)

Thanks you two…I’ll be back for another round of tastiness soon!

Stages of My Chicken Craving