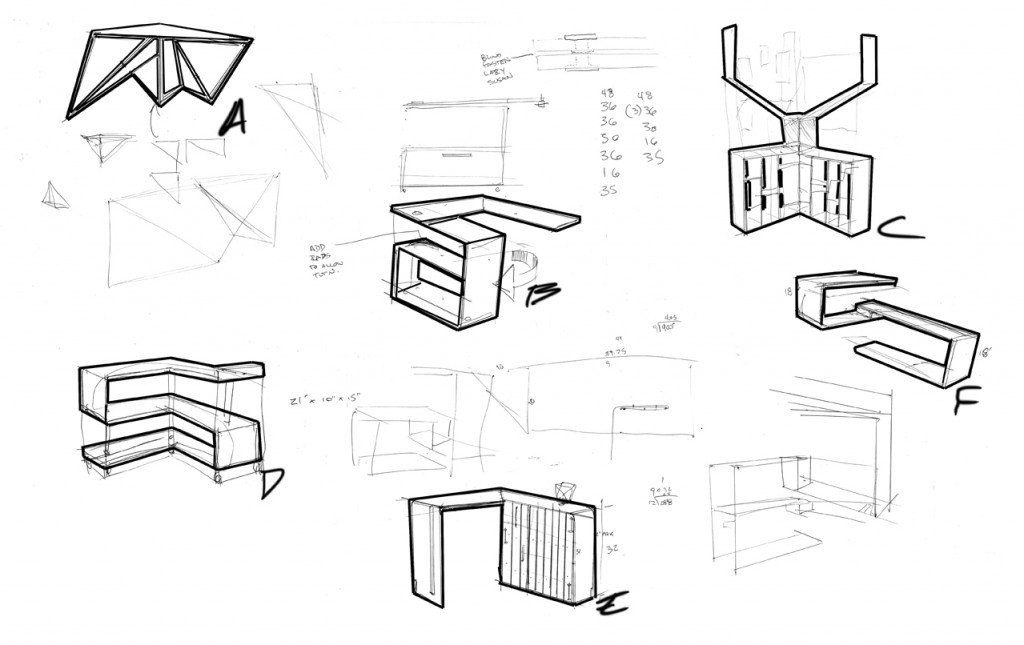 The rough sketches yielded a flurry of responses.  So I then modeled up all six concepts quickly and posted them within the environment the winner would eventually occupy: 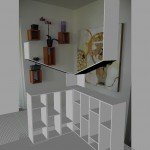 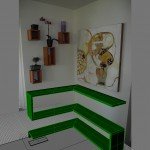 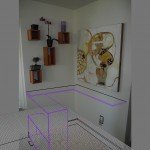 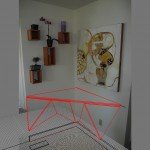 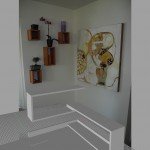 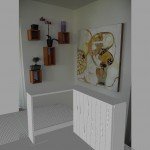 If you’d like to vote on which will be made, just comment below and I’ll add your vote to the bag. I’ll probably be constructing the winner sometime next week. Fun!

Normally, this sort of thing would be a very private conversation between the g/f and I, but I thought it might be interesting to get some outside opinions. Keeping in mind that all votes are off, should the g/f pass a veto.