About two years ago, I was at a game night with some friends playing a game where the goal is essentially to guess who answered what to various random questions. One of my answers during  the game was “a war panther”. I can’t remember, nor do I care what the question was that prompted the response.

Flash forward about a year. The group of friends that I’ve been hanging out with has now started to refer to themselves as the War Panthers. It is funny how we crave solidarity and  use arbitrary symbols and words to define clusters. I suppose it is part of a survival mechanism to create exclusivity.

Combine this information with my nagging desire to learn how to screen print and you get this: 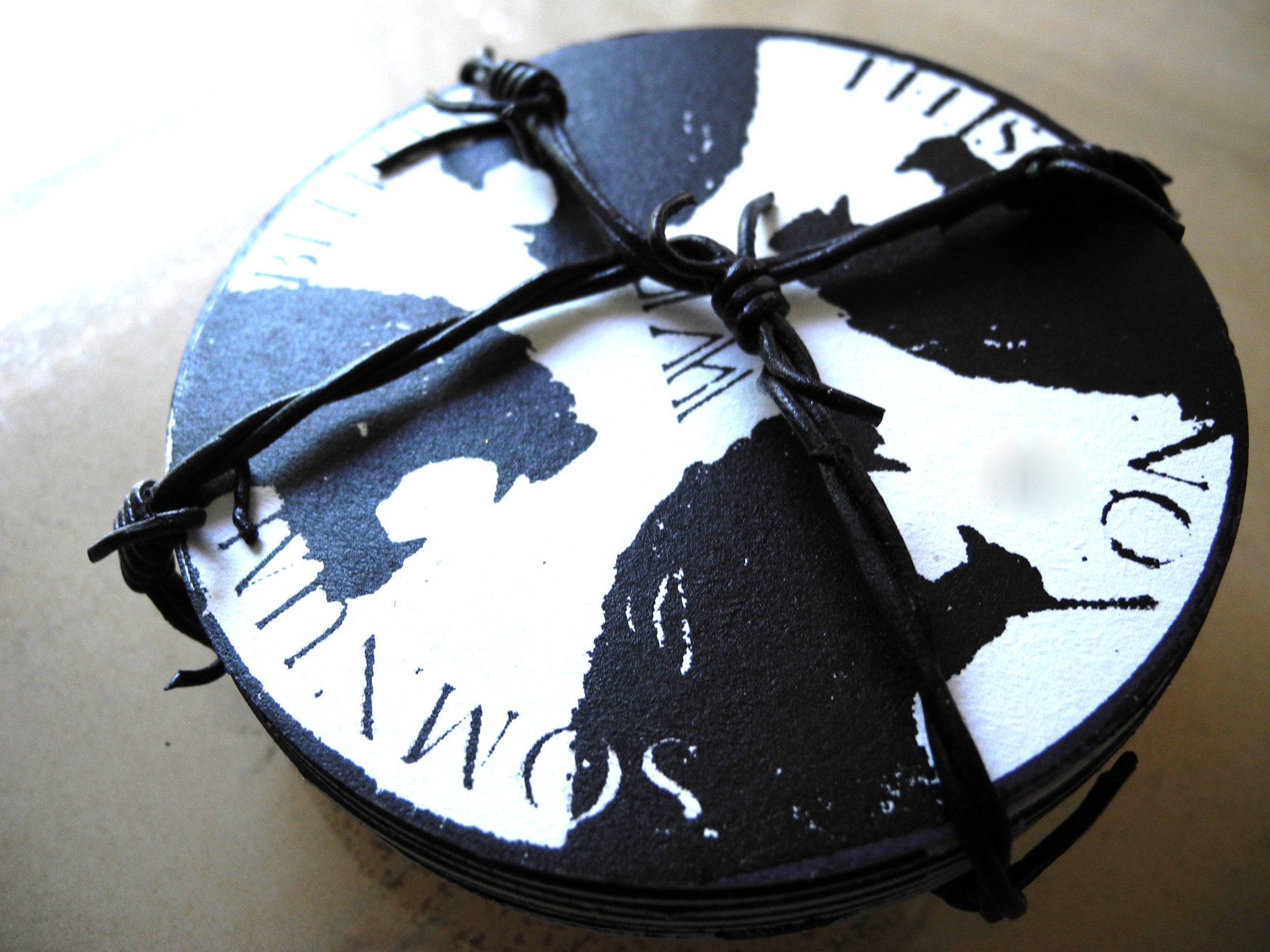 The Latin reads “bellum felis non somnum” which translates into “war cats don’t sleep”. I tried getting “panther” in Latin, but apparently it doesn’t translate in Google. I’ve made a total of eight leather barb wire sets. Three of which are already given away. Two more are going to a couple of couples and the last I’ll probably try and sell. 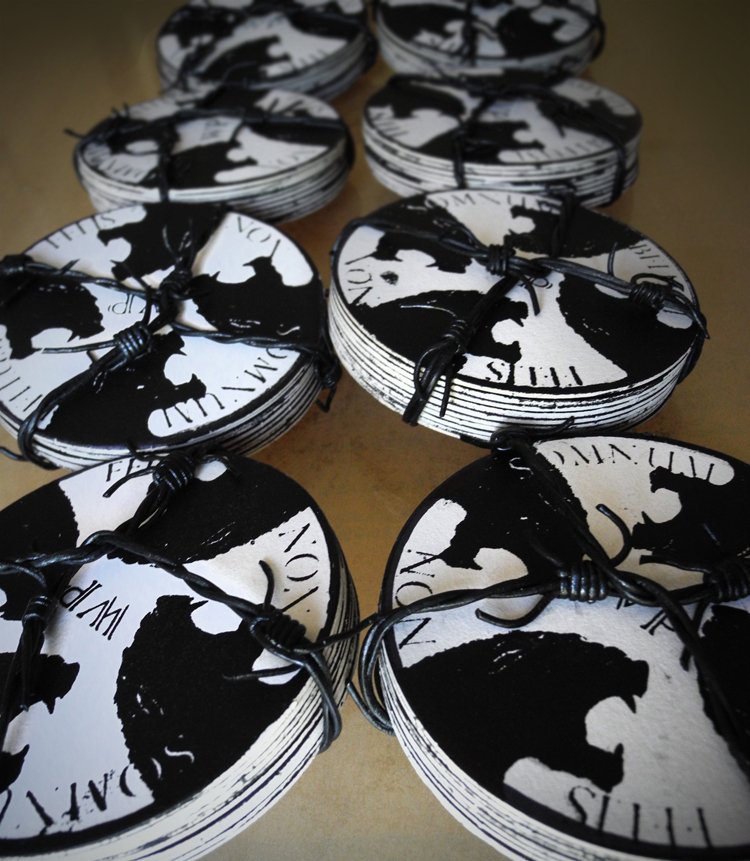 The screen took three attempts to burn. I got 100 coasters printed in total. Near the end, all of the super thin areas started to burn out pretty bad, but given the nature of the design, it looked pretty bad ass. 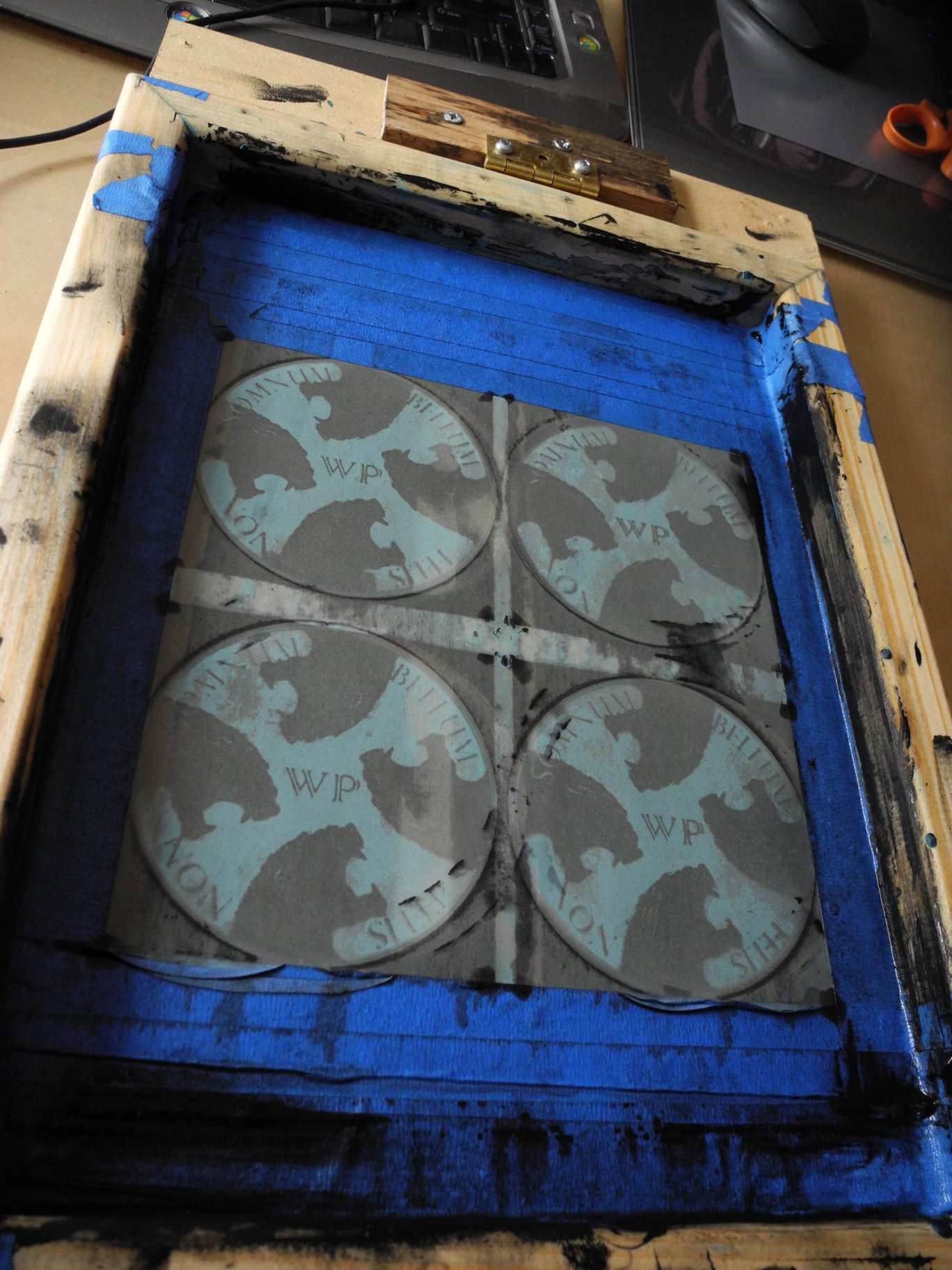 After all is said and done, it was a great experiment and learning session for me. I bought  a second screen so I can screen some smaller stuff with the PolyPlane logo. I’m on attempt number five on getting that one to work. I think my emulsion has expired. I’ll get some more soon.

That’s all for now taters.