On February 2nd, 2013 I met a new friend. She was clumsy, intelligent, anxious in cars, a quick learner and beautifully graceful in her element. I’m not talking about my recently separated partner, although it’s eerie how many personality traits those two shared.

Taken from the “Training with DMR” video description:

“On roughly 6/29/11 Daisy was believed to be born on the streets of LA before being taken into a shelter that got her to a foster home where she lived briefly with two other dogs (successfully). From there, she was brought her to Family Dogs New Life and then adopted out to a loving couple.

Timid with new people to the point of growls, Daisy likes to be warmed up with copious amounts of treats. She is highly motivated by food and exercise, this Carolina mix is highly trainable has learned many tricks that keep her mind occupied.

While her greeting of new people with her vicious yet harmless barks can be scary, she learns quickly. She does have some fear aggression issues. Daisy has been leash trained with a gentle leader and loves walks and runs and even knows how to run along side a bike with the proper equipment. She needs an alpha personality to keep her in line; otherwise, she’ll try and run the show.

Ball territorial. When she goes to the park, that is when she is “at work” and doesn’t like to share her ball. She loves to chase reflections, laser pointers and squirrels. Although she’s yet to catch either.

Daisy’s schedule is pretty regimented, but she is adjustable. She loves a morning walk, followed by a backyard sniff and “doing her business” time. In the afternoon a 20-30 minute fetch session is followed by lots of water. An evening walk is also highly desirable, but based on the weather, she may not want to get her dainty paws too wet.

She doesn’t like cats, although no one is sure what she’d do if she ever caught one. Dog savvy cats are OK. Recommend caution with youngsters. And avoid skateboards.

Let’s get to the nitty-gritty. Daisy loves to curl up in a little ball (known as the “Daisy Donut” to show you her best doughnut impersonation and will stay there for hours. Cuddler-extraordinaire. Once she knows she is part of the pack, she is loyal to a fault.

Absolutely emotionally supportive and can read people like a book. If you swear a bunch and exhibit frustration or anger, she’ll come up and give you many kisses to make sure you’re alright. This dog is hilarious.”

She spent the larger part of yesterday exploring various parks that I’ve/we’ve taken her to over her stint on the house and I made a huge bowl of chicken/cottage cheese/rice for her that she had for a monster dinner and monster breakfast.

The evening was spent watching movies, wrestling and eventually passing out on the couch curled up together. This morning we both were up earlier than usual and just laid together in silence. We went for a few last walks and a wrestling bout in the back yard before the inevitable was about to happen.

On April 28th, 2014 it was time for Daisy to start a new chapter in her life. I wasn’t able to keep her on my own because of how much exercise and mental stimulation  she needs. I did the best I could for as long as I could, but ultimately she was going to have a better life with a new family. We took her to Family Dogs New Life, the place we got her from, and as quick as she came into my life, she was gone.

I’m a person of ceremony so maybe in the process of giving her up, I was looking for any indications of forgiveness from the universe for letting her go.

When we were at the shelter, Daisy, not knowing what was going on, greeted my ex with her normal squeals of excitement and was confused by all the treats she was getting. I lifted her up and gave her a big dog hug before giving the leash to the staffperson. As I rounded the corner, she hopped up on the counter to see where I was going and I scolded her to get off the furniture one last time. She was led through a doorway and gave me one last glance. My heart broke on the way out the door and sobbed before giving my former partner a long hug. I broke down a little before I started my car and pulled it together just long enough to get home and collapse into my bed. The friend that I counted on to keep me company through these last extraordinarily challenging months was gone. While I know she is on her way to a better life, I can’t underscore the immense thanks I have for being a part of the life she had these past 15 months.

I’m going to miss that dog.

Here are a few photos of her last days here: 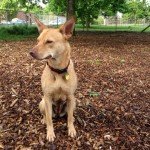 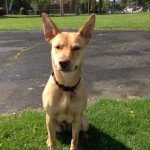 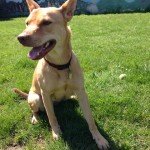 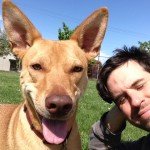 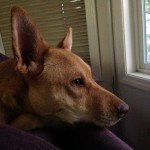 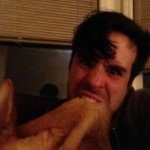 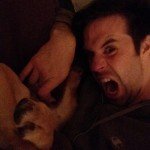 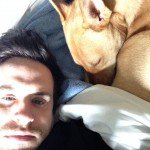 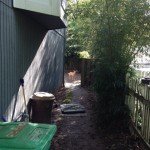