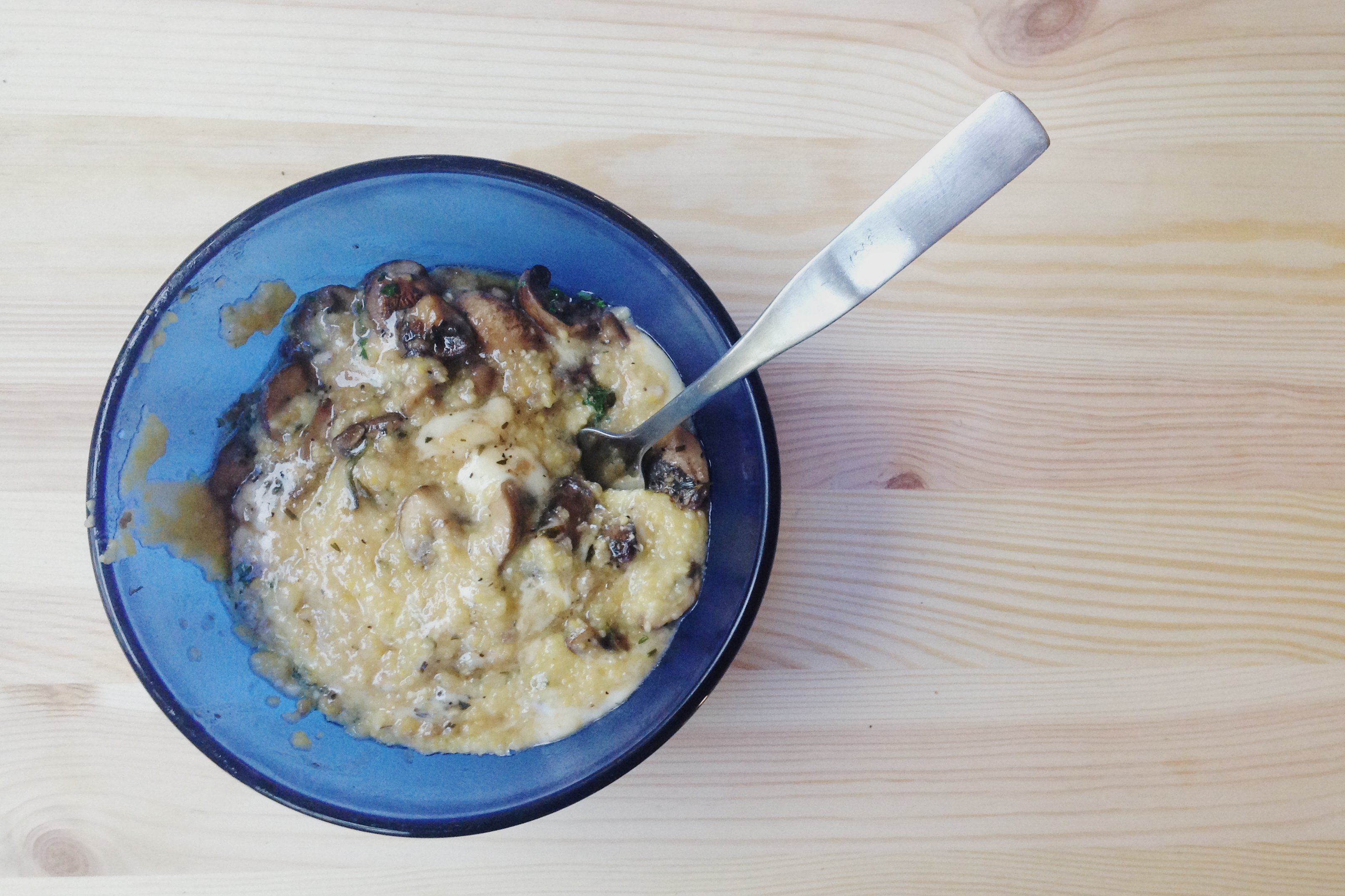 May 8th, 2014 was a Thursday.  Outside of referring to a calendar, I know this because it was the start of an awesome saga that is/was worth remembering.

I invited my new friend Amina Moreau over to my house. I was closing on it in a mere 20 days after renting it for about two years from my landlord who told me he had to sell it. I wanted to start warming it up early.

What I planned for us was to have a little dinner, a little conversation, and a little movie time.

I communicated to her that I wanted to make her “polenta pizza”.  I thought I was making pizza from my favorite cookbook “Plenty” by Yotam Ottolenghi. To my credit, in a fast-glance style, this photo in the book does look like pizza: 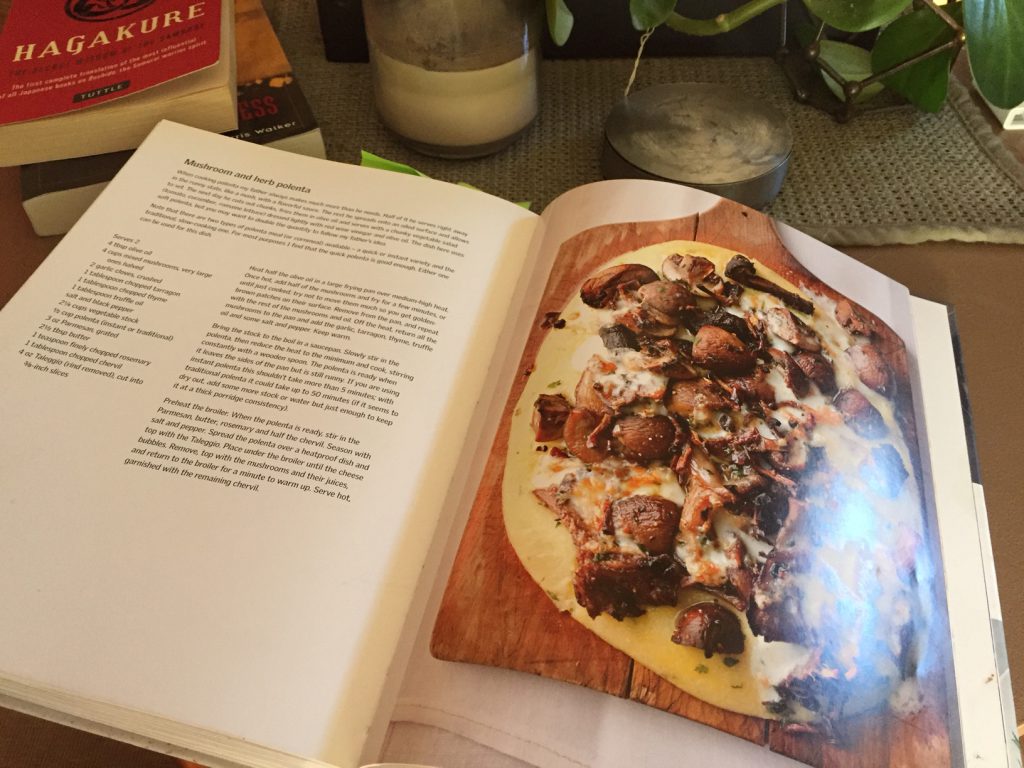 Anyhow. I spent most of the day cleaning and trying to make the house presentable for my first guest that I had over in a long time. There was a lot of music, a lot of smiling, a lot of peeking out of the window to see if she was on her way.

She arrived by bike. We stowed the bike in the garage and went upstairs to start the evening.

When Amina got upstairs, as she always does when I cook, commented on how amazing the house smelled. It was a nice start. I had about 20 minutes left on the food. Ms. Moreau kept me company while I finished off slicing taleggio cheese onto the “pie”.

When I finally got around to serving, I asked her to pull out some bowls from the cupboard. This was her first hint that something about the dish might be awkward.

When I scooped the polenta off the cookie sheet, complete with mushrooms and cheese, she started laughing and stopped me to take a photo as she “never had liquid pizza.”

We sat and enjoyed our soup.

You can read the polenta recipe here. Make it, eat it, save some for breakfast the next day with an egg on it.

Next up, we digested with one of my favorite movies; Ghost in the Shell

There was a nice hum of happiness from the enjoyment of getting to share something I enjoyed with my new friend. When the movie was over, we sat talked a bit about the movie.

After the post-feature critique, we dove into a deeper conversation about passions, curiosities, and desires for the future.  This eventually evolved into me transcribing a list of things that Amina wants to accomplish short and long term as well as a metaphorical comparison of ourselves to an object.

I chose a Bunsen burner. I chose this because ever since I moved out of Michigan, I’ve taken note of areas of my life that I’d like to improve and visualized them as flames that need to be adjusted via the collar that allows more or less oxygen into the system. I think of my life as an array of these all being carefully watched over by a metaphysical version of myself — scrambling — adjusting the valves on the thousands of burners. I referred to it in the conversation as “controlled chaos”. This conversation lead me to quickly doodle the bunsen burner as I saw it in my mind. 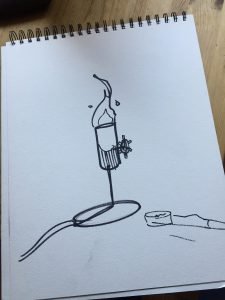 Without really giving Amina a chance to name her own object, I chimed in on her behalf. I entrusted the concept of an X-acto knife to portray the role of the friendly Polish-Canadian. When she asked me why, I noted that her personality and communication style is so concise and so matter-of-fact, that only the accuracy of such a blade could do her justice. Her lines, then, were very black and white. All or nothing. A perfectionist in pure form.  She talks a bit about this particular personality trait here. I recommend giving it a gander. Her precision fascinates me.

Our evening wrapped up with me putting her bike in the back of my van and driving her home. We sat at a train stop for a bit and I still remember how nice her smile was when illuminated by the red train crossing lights.

In comically poor choice of words, when I dropped her off, still thinking of the X-acto knife, I said to her that any time I cut myself I’ll think of her. As we stood outside my panel van in the abandoned parking lot at night. I had to pause for a long moment before apologizing for how that must have came out sounding. She smiled and forgave me.

Next up, cryptic phone calls, an illustration, and voltage.