Over the next few months, we chatted and met up to discuss everything from the proper way to draw an ellipse to the sweeping declaration that I made about never wanting to be in a relationship again. I was not, emotionally, the most sober person during this time due to some unexpected shifts in my life.

Eventually, a few months later, she invited me to a comic art show where we met the producer of The Blair Witch Project, saw a man with a dread that went down to his flip flops, and had many salty ham bites. Afterward, I exclaimed that I was still kind of hungry and invited her to follow me to My Father’s Place where I had an english muffin and a cup of coffee. I noted the strange shadows that cast across her face from the lights.

The evening was largely part of an older activity we had planned to watch the sunrise and play Connect Four. We got to the house relatively early in the evening. Around 10:00pm or so and we didn’t have much preplanned for the next 7-8 hours. We spent a good portion of it “eye-dancing” and with it eventually becoming overcast, we realized that it probably wasn’t going to be a good morning to watch the sun peak up in the east. Instead, we continued eye-dancing before it was time for her to go home and get ready for work.

It was at that point that we knew there was enough tension built to decide to have a discussion of what she calls our “predicament”. We sat in Ladd’s Addition on a bench and discussed going steady. We were both pretty keen for each other, so it made sense to explore the situation. The issue was that I was still dating, so I needed to close some other doors before opening up that one. With quick work over a couple weeks, I did.

As a new relationship does, we had our exciting times and heartaches apart (admittedly, I still do — I can’t speak for her) and it was very good. My office just happened to exist right across the street from her studio apartment and her company recently moved in two blocks away from that. We had a lot of excuses to bump into each other during those months while texting and phoning to fill in the gaps. I noticed that, while on the phone,  she would make these giggly and cryptic references to “…it works!” or “The assembly is almost ready…”…what?

Through the time leading to when she decided to let me in on the secret, she would tease me with obscurity, hints, and outright evasive maneuvers to keep things mysterious.

That October, my dad had visited me for the first time in 14 years since I had left Michigan. I was very excited to introduce Amina to him and let them talk about their respective careers. They clicked very well. It made me smile. 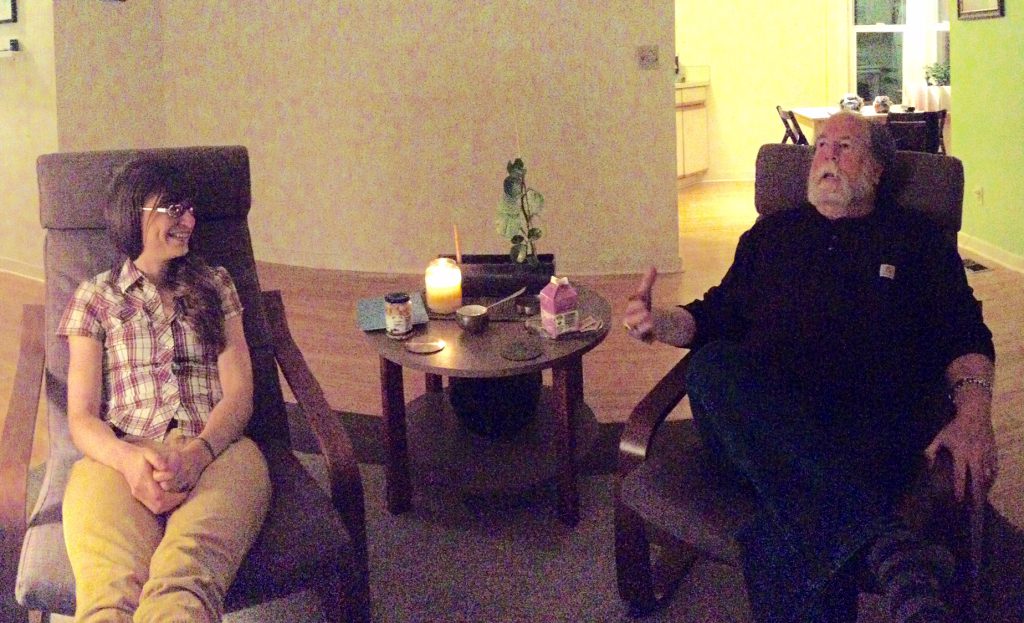 After he left, I celebrated my birthday on October 9th. Amina decided it was time to let me in on her little secret…