Some good symmetry happening there.

Anywhere there was a seam, a pulley, a hinge or a reveal, I tried to keep the above dates in mind. the 15th of the month became “.5″ and then everything else became 4″ or 8″…seems like a 12” cube was in our future.

The first thing we needed to do was soak our pointer and middle fingers in salt water. This will makes sense, soon enough. With suspense, I made Amina sit on our couch and wait. I ran down the stairs to the garage like a giddy little kid and nabbed the Assembly I had been working on for the entire six months prior. 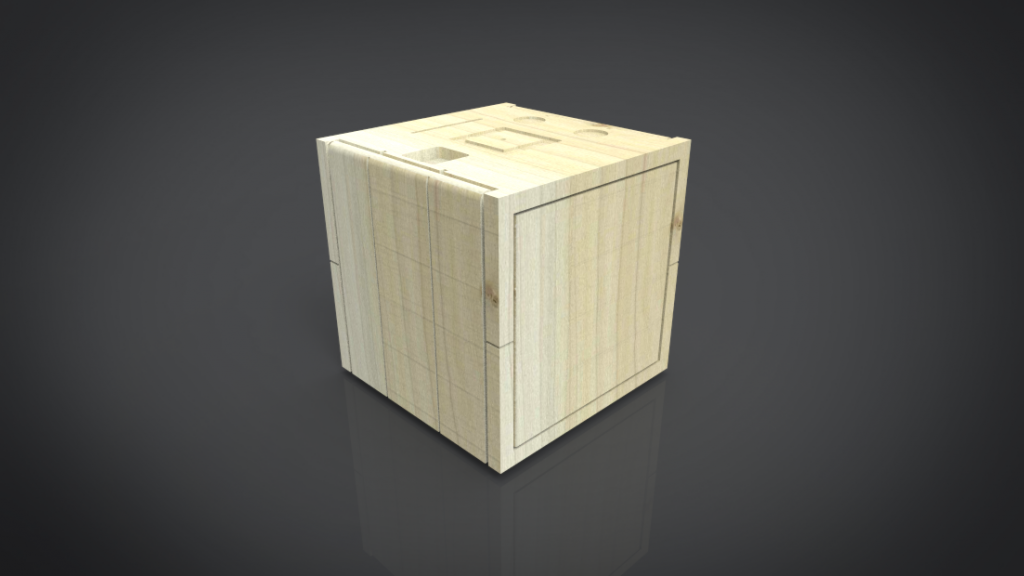 As mentioned in Part 4 the Assembly would be a cube. That’s five sides of exploration plus the base. Measuring 1′ x 1′ x 1′, the cube would greet Amina with Side 1 facing her after completing the projector box from Part 5.

This would be a combination lock that would relate to the projection.

Inside, she finds this, the final gift: ♥ The X-acto knife from our initial conversation on the couch back in May. When the door opened, a Canadian and Polish flag hang proudly on the inside of the door; further driving the metaphor of the cube and Amina together. 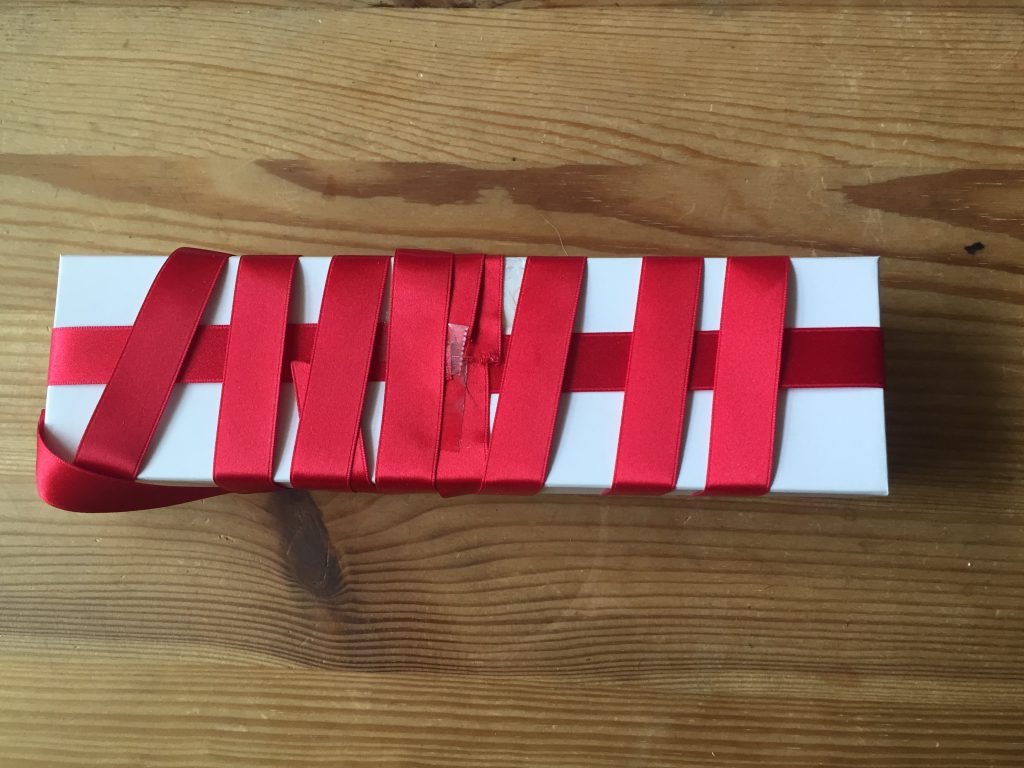 On top of the Assembly is a series of pockets and holes. The central hole is perfectly tuned to the diameter of the handle of the knife, allowing her to insert, blade side down, and cut the cords that where hidden inside. 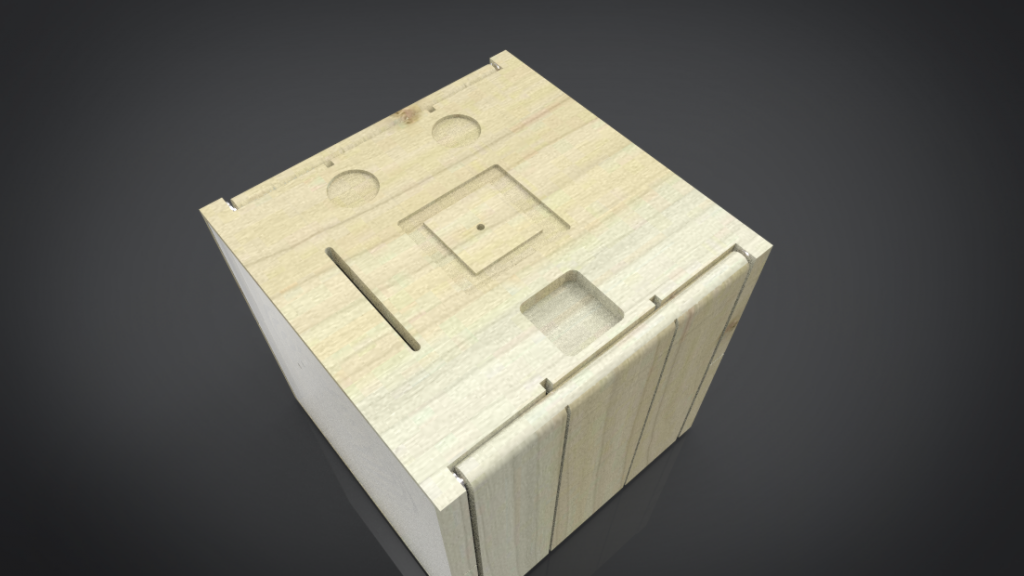 Initially, this was designed to hinge open when she pushed the blade in. The sheer force and point of rotation caused much too much stress, so instead this was revised to simply cut the cord that tied everything together on the inside. 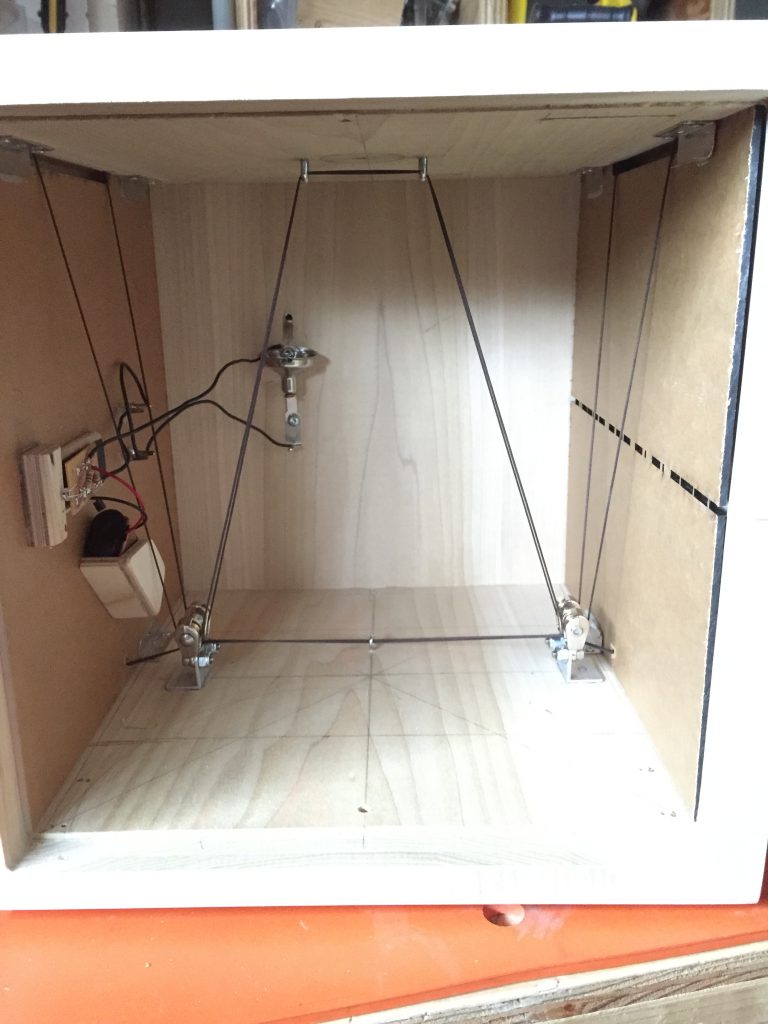 Once this was cut, a really satisfying “pop!” was heard as the cable snapped. 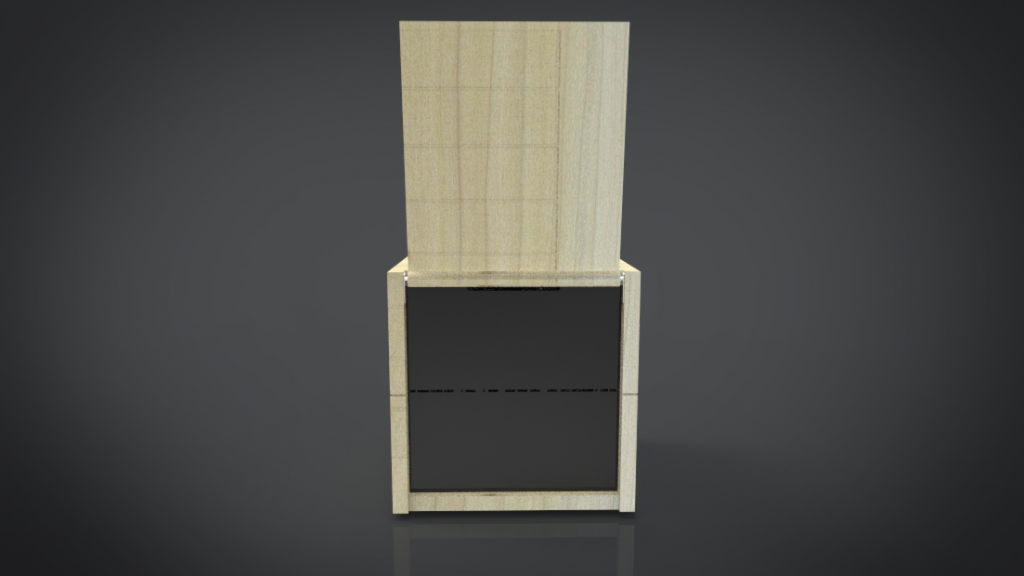 When the door directly right to the is lifted up, a series of dashes is revealed. This is the time that we talk about her voice mail code:  “Begin Transmission.” L,S,BLANK, E,BLANK,I, H,BLANK,T,N,V,T,L,E,BLANK,D,E,I,A,I,S,O,BLANK,”End Transmission.” This unscrambles into “Love is in the details”. She rotates the cube once more to reveal the side opposite of the lock: 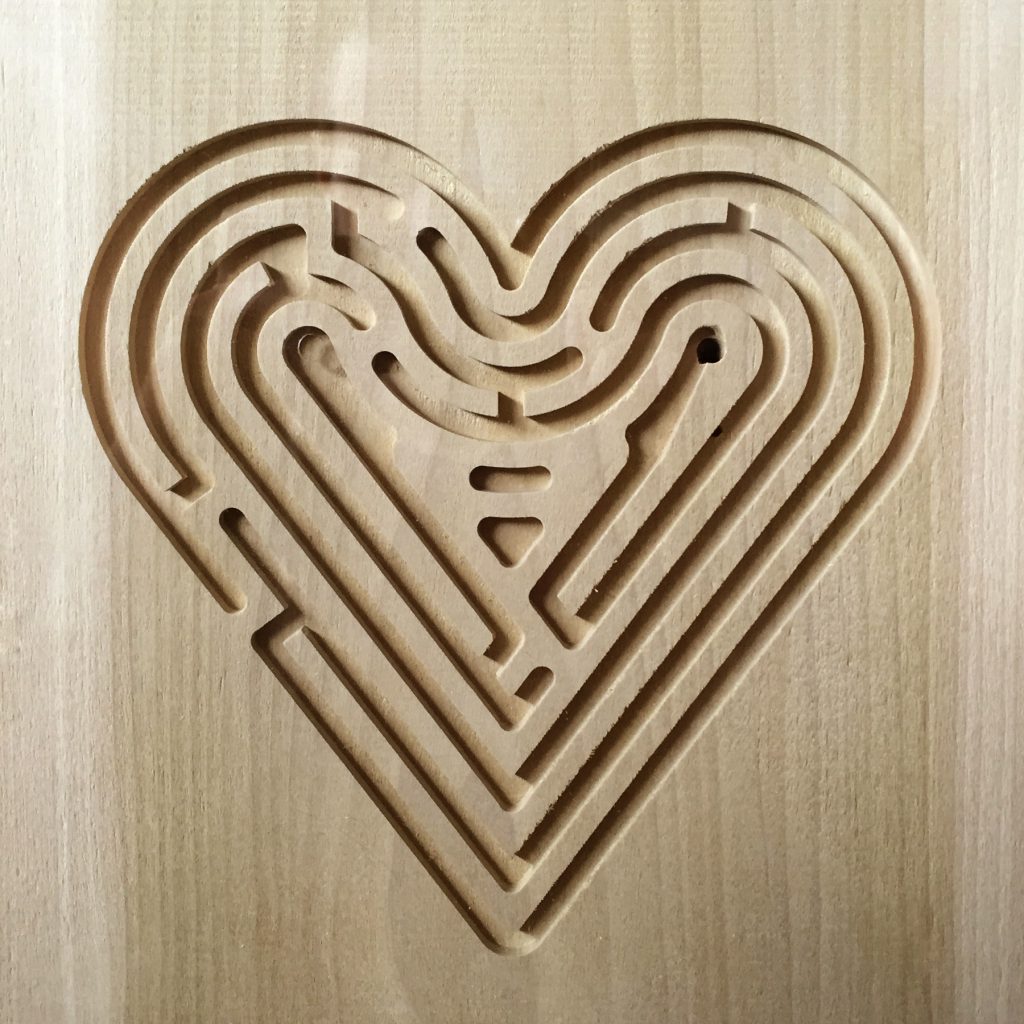 This maze is behind acrylic. How will she navigate it? The ball from when we met at our intersection! She takes it and places it inside. The wand from Part 5 carries the answer for her. She navigates the ball from the left side of the maze to the right. When she allows it to detach, a wonderful plink is heard. This plink is the start of a wonderful circuit. Inside, is a capture funnel as seen here: 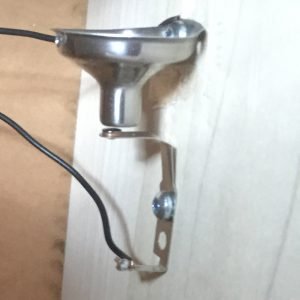 Once again, she rotates the cube. Once again, she is met with a door that can now open. This door reveals something that I’m most proud of. I took her original diagram from her Assembly reveal in Part 3 and turned it into a laser etched diagram. 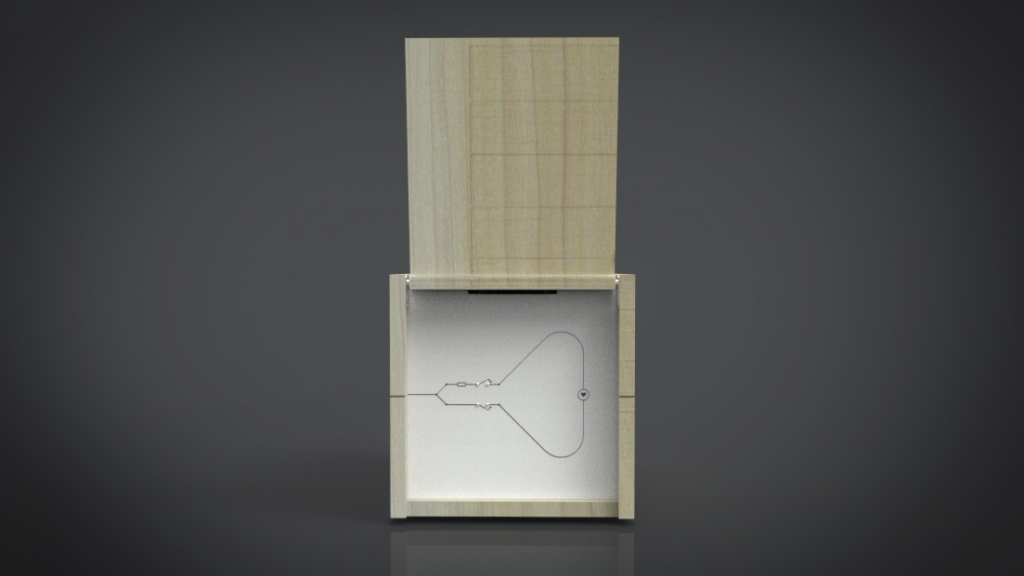 However, if you look closer, the diagram has a slight change: 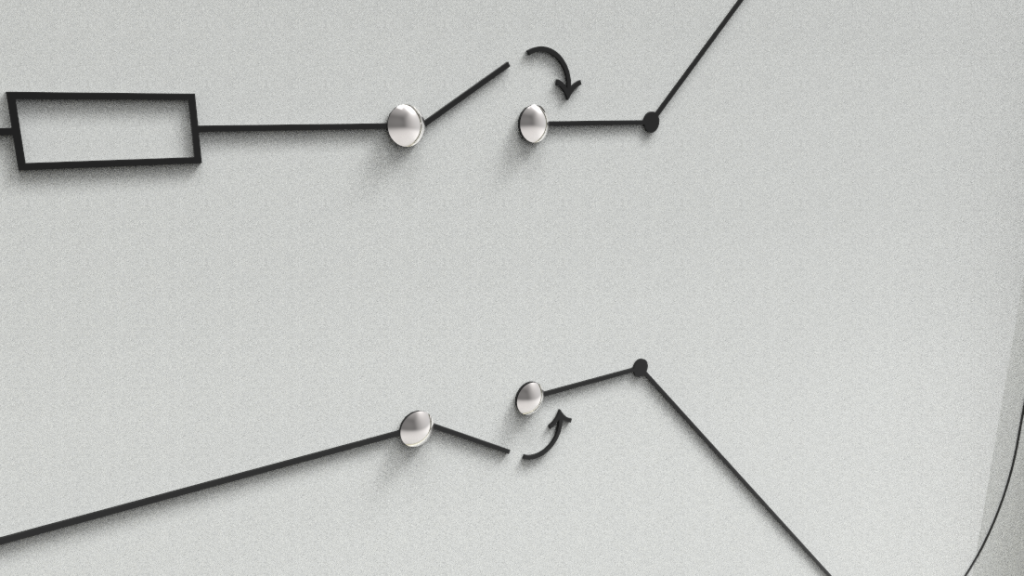 The switch has four metal contact points.  Remember soaking fingers in salt water? This was why. By increasing the salinity, we became much more conductive. This circuit, thanks to the internet, some experimenting and a little luck worked perfectly! 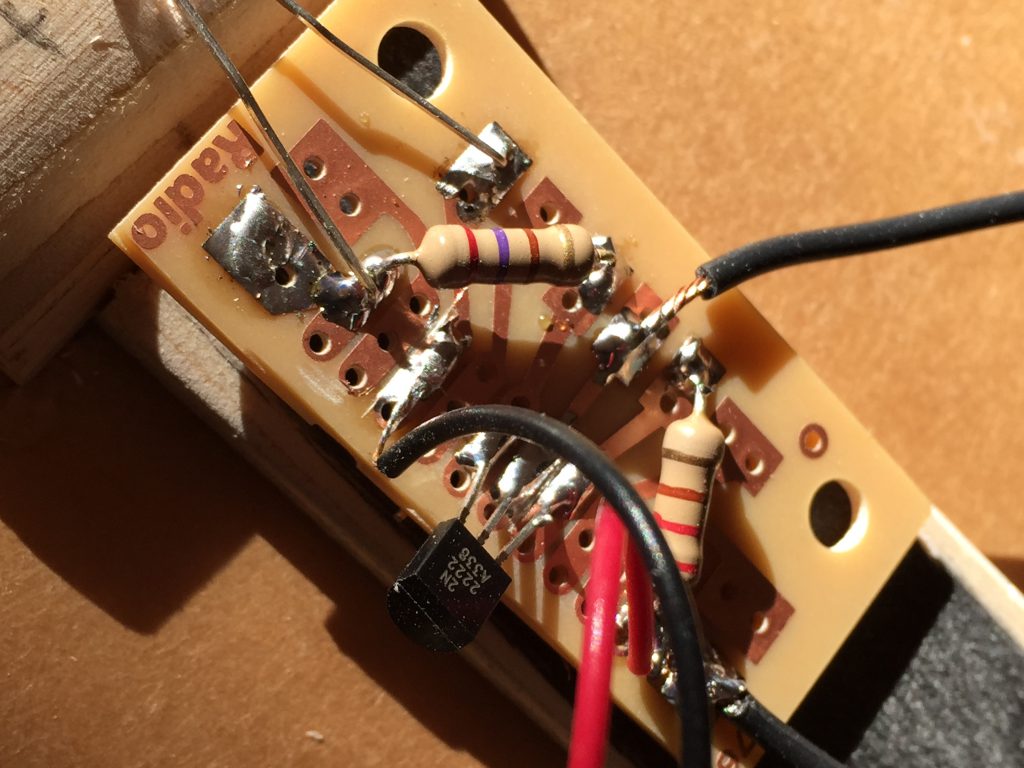 She stopped me with a, “Nooooo!?”…That made all of this worth it. I knew she was excited. We sat, took a breath and then touched our respective contact points. 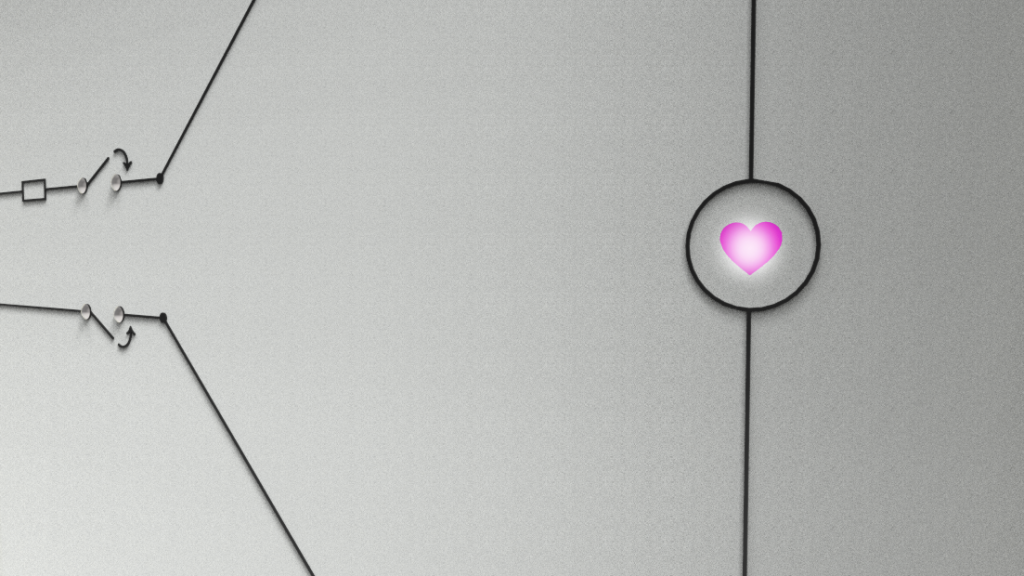 When it was all done, we closed up the box and took another look at the top. The first square was meant for the container that contained the ball and the note about Sir Francis Bacon. 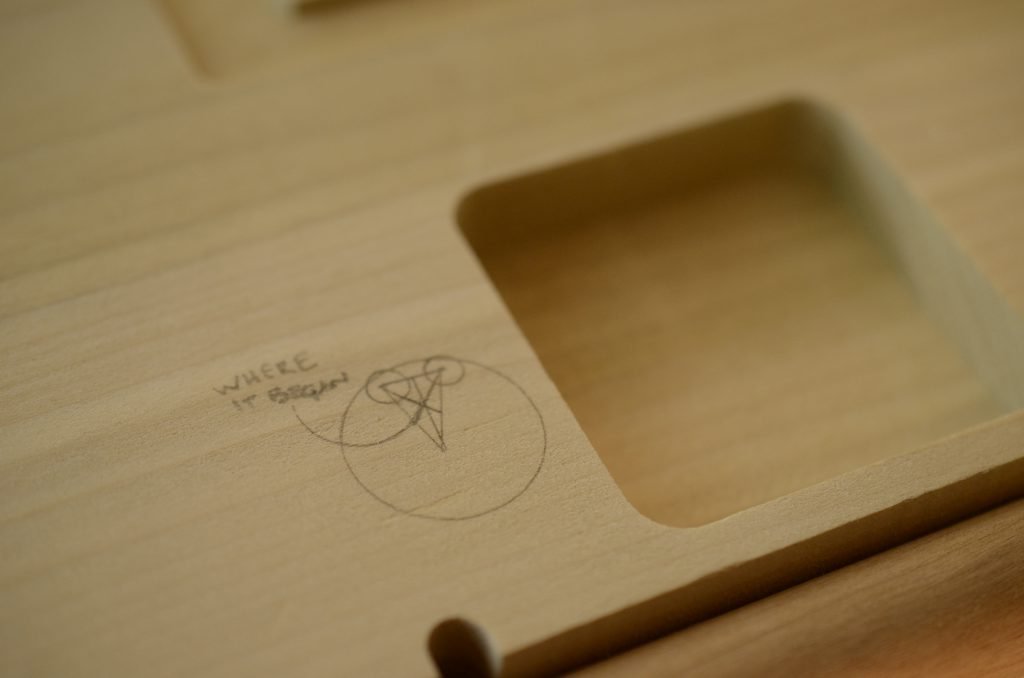 The second spot was meant for the cactus vessels that we would share. The middle square was for the projector and the holes across from the long slot were meant for the wand and the laser pointer. 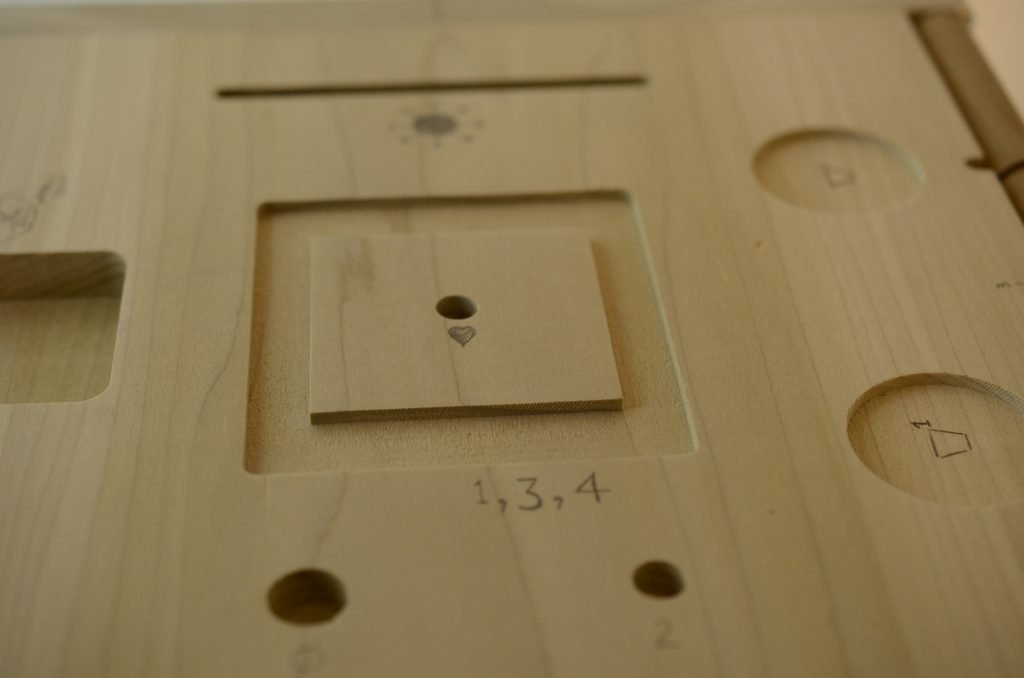 The final slot was meant for something more. 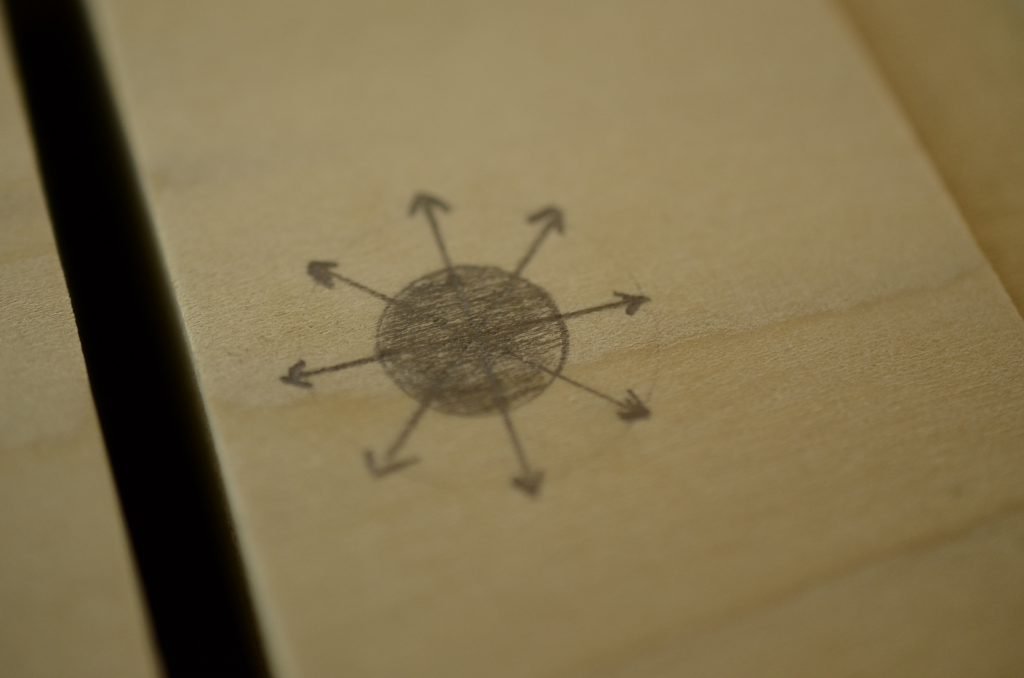 This symbol means chaos. Amina isn’t woo-woo. Pure and simple, she is a lady of facts and figures and truth. So a “fortune” slot, was out of reach. However, there is a nice truth to chaos. So by putting in the slot things she could hope for herself and us through the means of chaos was something I knew she could get behind. We write on little pieces of paper our wishes and hopes for the future. On April 1st, every year, we will randomly grab in through the front door. This year, we grabbed 2 each and read them aloud. But then we put them back. Next year, we will read 3 each and put them back. And so on.

Because this was an experience that I wanted to be completely immersed in, I left the camera to the side. Though I did capture a single moment in the experience: 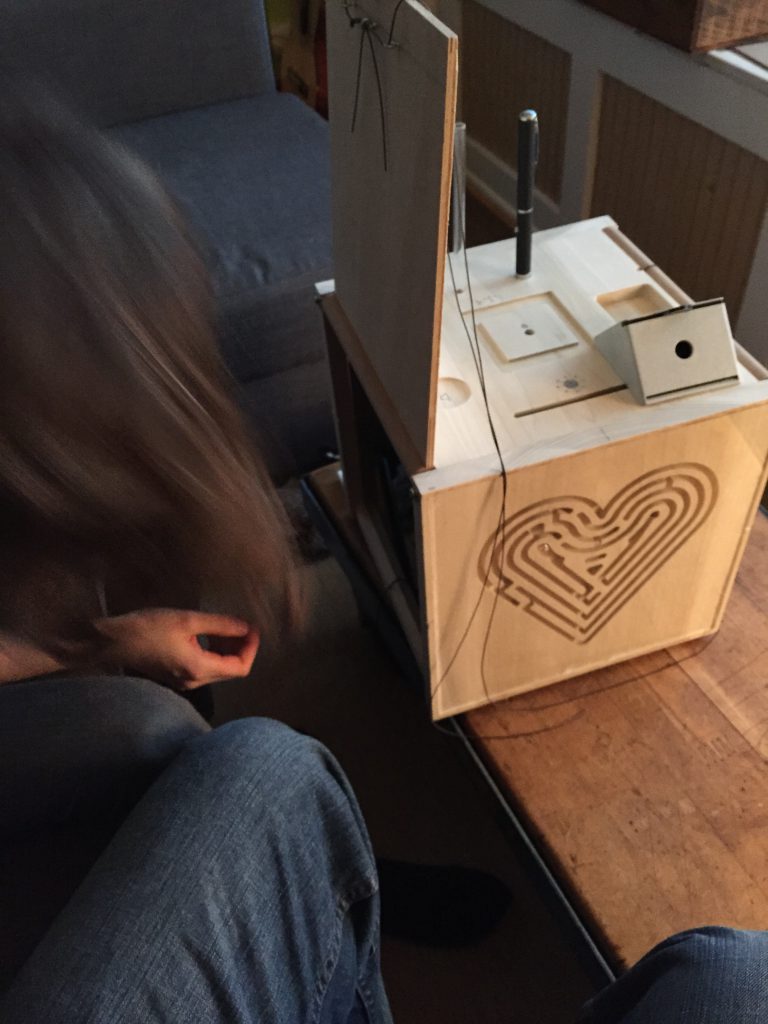 She sat back when the whole thing was over and just stared. She was speechless. I was speechless…and with baited breath, I was scared that maybe I did too much too soon. She told me that no one had ever done something like this for her before. I was really honored to have that privilege.

Now, peacefully, the Assembly rests and waits. It observes. It watches as we sit and laugh and share and talk and smile with one another in The Arbitrarium. 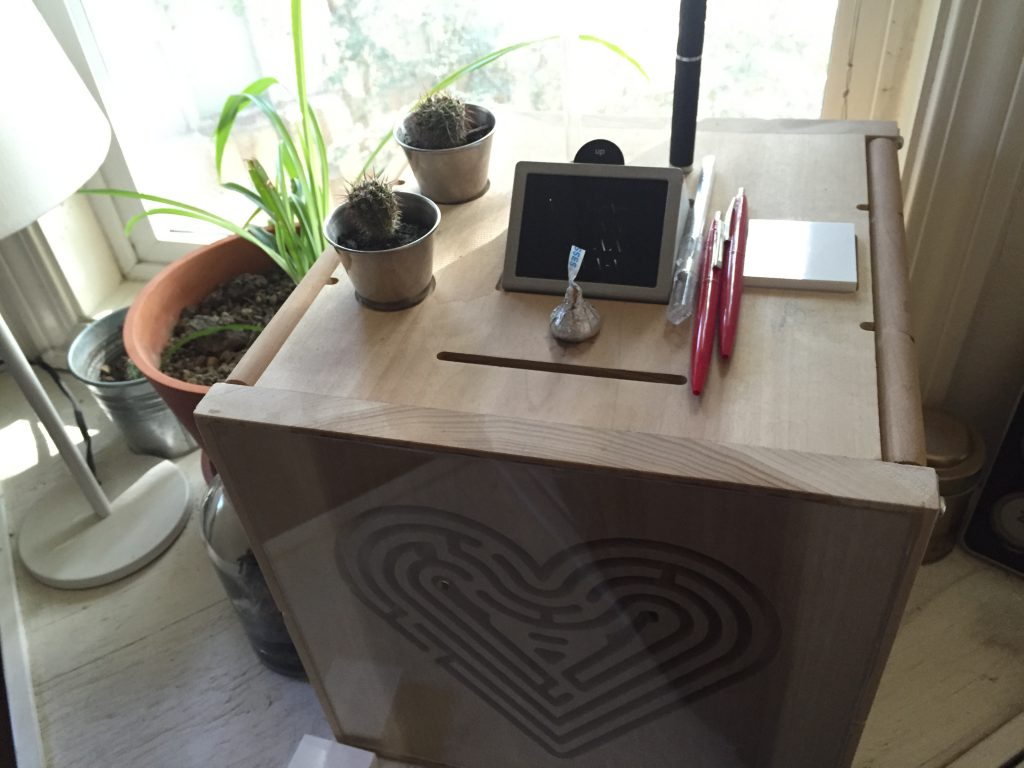 Like I mentioned above, our annual Assembly opening is very fun. I’m looking forward to many more openings…and reveals.